Families are drawn further into the suburbs

A look at migration within Germany shows: The basic trends were indicated years ago. While the big cities are losing more and more in internal migration, the districts and small independent cities in Germany are gaining more and more. Another turning point could be immigration due to the war in Ukraine.

Due to the Corona pandemic, the “move to the countryside” was suddenly seen as the new, important trend. A look back at the migration data for 2020 and 2021 shows, however, that although Corona also acted as a trend amplifier, the fundamental changes in migration trends had already become apparent in the years before. The internal migration balances (migration within the federal state without migration out of Germany or from abroad) of the independent large cities were already characterised before 2020 by the immigration of young adults and the simultaneously high out-migration rates of families. While 98,000 people in the age groups under 18 and 30 to under 50 left the independent cities in 2014, this figure had risen to 151,000 by 2020 and 172,000 by 2021. Older people are also increasingly leaving the cities, albeit at a much lower level. The total number of people aged 50 and over who moved out of the big cities on balance was around 15,000 in 2013, but already around 27,000 in 2021.

The immigration of young adults, especially those aged 18 to under 25, remains the most important pillar of internal migration for the large cities. Between 70,000 and 90,000 people migrate there annually on balance. During Corona, too, immigration rates have remained relatively stable. On the other hand, there was a small drop in the number of people under 30 entering the labour market during the Corona years. All in all, the balance of all large cities in this age group was even.

The other side of the coin: While the large cities are losing more and more in internal migration, the districts and small independent cities in Germany are gaining more and more. The positive balance runs through all types of districts. While young adults up to the age of 30 continue to leave these regions with a slight downward trend, the influx of people of family age and older people in rural districts is growing. The fact that many large cities still show a balanced population balance or slight population declines is mainly due to foreign migration and partly also to increased birth rates in recent years. In addition to young adults from internal migration, foreign migration is the second pillar of population development in the cities. If this collapses, as it did in Corona in 2020, many cities will no longer grow. But rural regions also continue to benefit from foreign migration.

This means that the shrinking trend of the big cities of the past years is continuing and the new figures for 2021 confirm the trend reversal that has been emerging for some time. While rural regions in particular are recording higher migration gains, the decline in immigration to the core cities is intensifying. It should not be forgotten, however, that the figures presented here are summarised values for district types. Of course, there are also winners and losers within the district types.

High price levels in the metropolises

In 2020 and 2021, the large cities in Germany showed shrinking tendencies for the first time in a long time. In 2021, most metropolitan areas again recorded negative net migration. This is shown by the analysis for the top 7 cities published in October.. In 2020, Hamburg was the only city in the top 7 group to show positive net migration; in the following year, net migration was also slightly negative here.

One main reason for this is the lack of housing supply and the persistently high price level for housing in the top 7 cities. Until now, immigration from abroad has been a mainstay of urban growth. Since the peak in 2015 and 2016, foreign immigration has shown a strong downward trend. However, 2022 is likely to mark another break in the trend, as the war in Ukraine has already caused around one million people to flee from Ukraine to Germany. What this means for population development and housing demand will be shown by empirica regio in the coming weeks with new forecast data.

The migration of families in particular must be a concern for cities, as they are usually in a good financial position and revitalise a city. One thing is clear: despite the opportunities for the surrounding communities due to the influx, there are also new challenges. A higher volume of traffic, an increasing demand for building land as well as growing requirements for local and energy supply must be taken into greater consideration in the future.

The official migration statistics can be evaluated differentiated by age as well as by destination and region of origin. The migration figures are provided in the empirica regional database for all districts summarised for the respective surrounding area (neighbouring districts), the rest of Germany and abroad. The migration relationships between individual districts and district types can also be evaluated in a differentiated manner.
The settlement-structural district types were adopted by the Federal Institute for Research on Building, Urban Affairs and Spatial Development (BBSR) (information in German) and distinguish between four types on the basis of population density: large district-free cities (district-free cities with more than 100. 000 inhabitants), urban districts (districts and district-free cities with a density of more than 150 inhabitants/km²), rural districts with densification approaches (districts and district-free cities with a density of more than 100 to 150 inhabitants/km²) and sparsely populated rural districts (districts and district-free cities with a density of up to 100 inhabitants/km²).
The empirica regional database is updated continuously and offers a broad, reliable database for different questions. Changes in the data basis are homogenised, all data are comparable over time and regionally. The migration data are included in all licence models as well as many other data for the analysis of demographic structures.
The newsletter picks up current observations on the regional real estate markets and provides analyses of the latest real estate market data. Subscribe to our newsletter here (newsletter in German).
demography housing market blog 2022 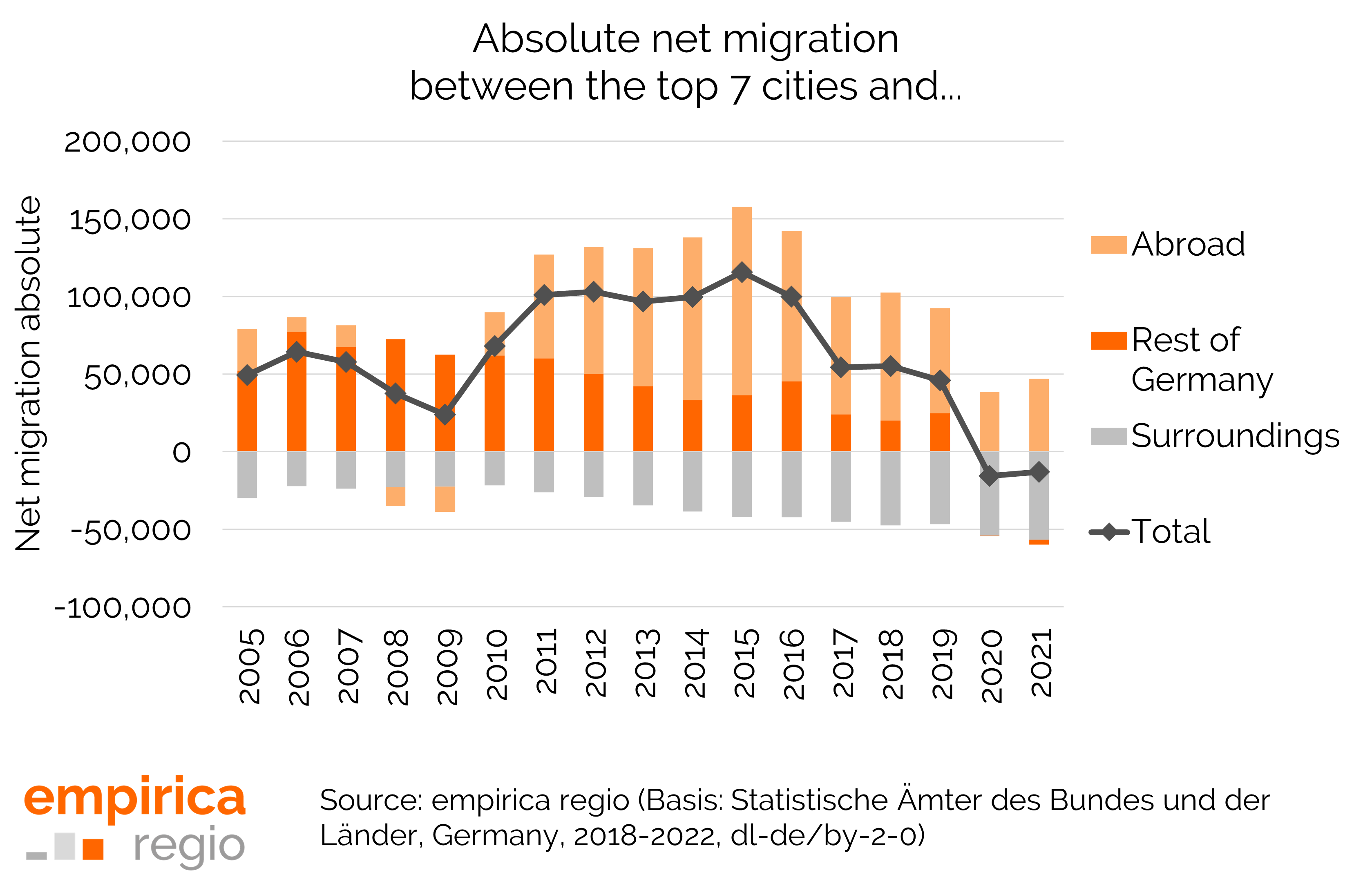 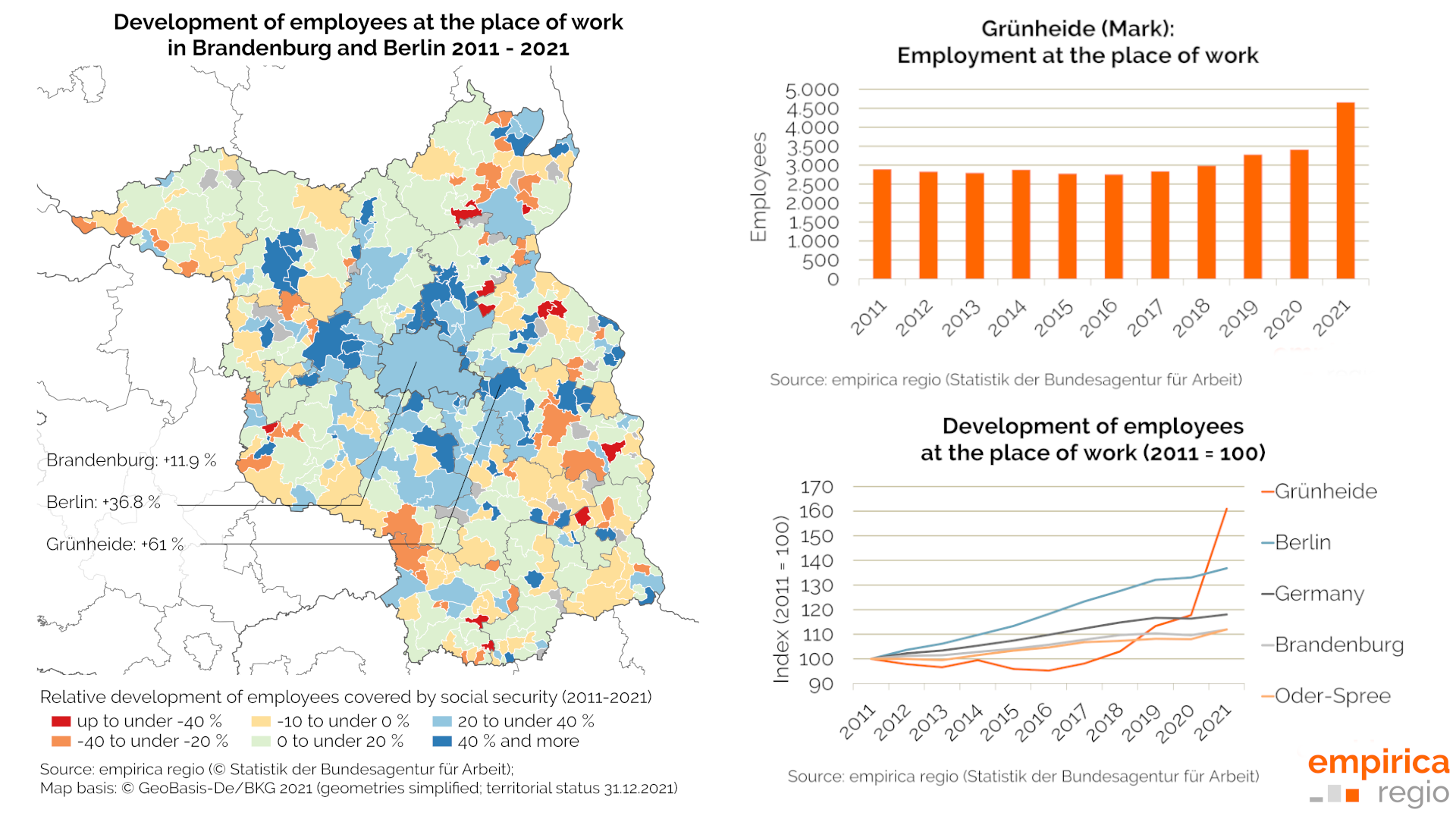 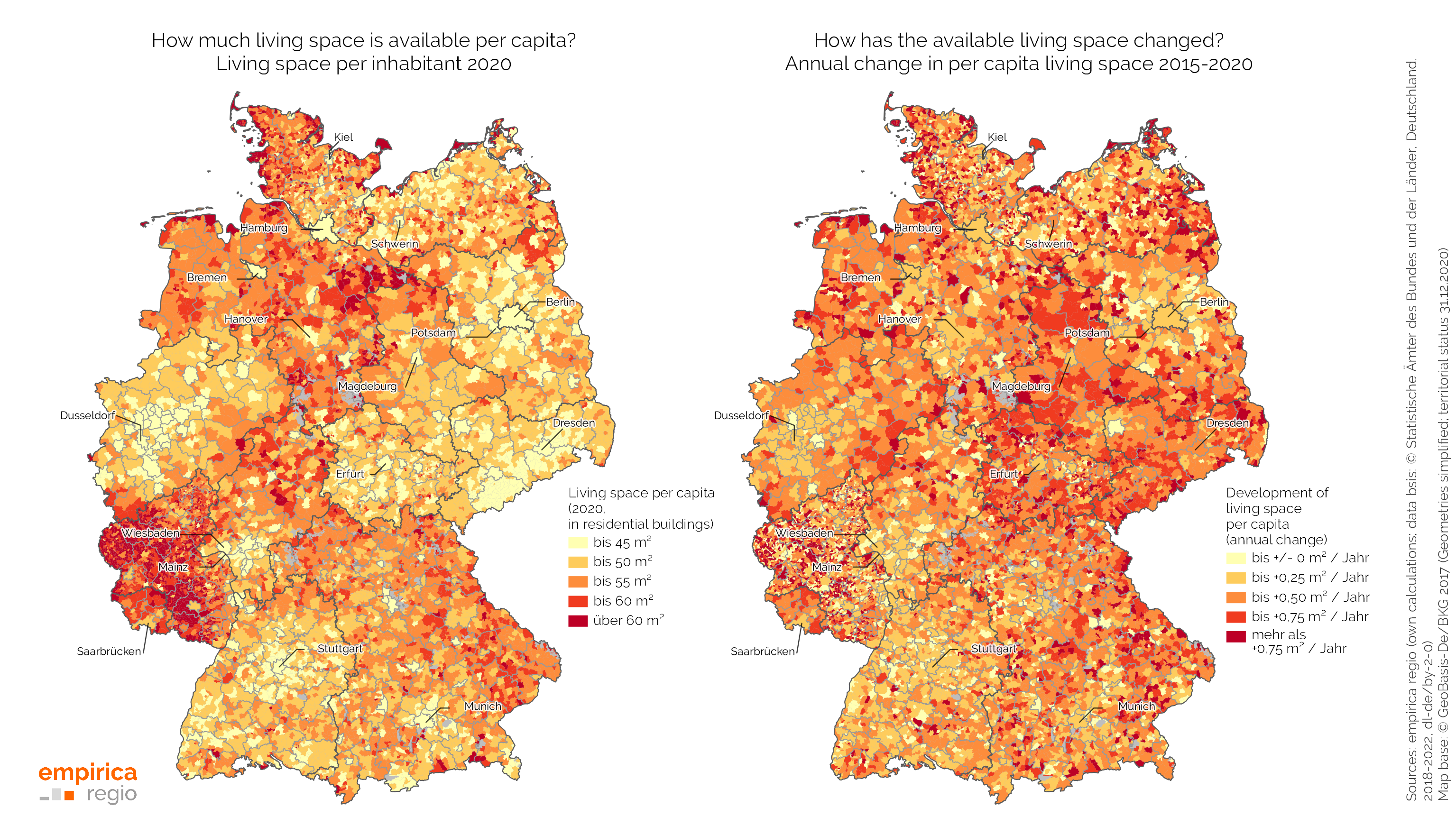